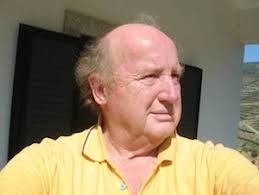 I believe that we clinicians at the moment are largely failing to heal the deeper level of disturbance because we have not got the right lenses with which to see what is in need of healing.

I believe also that our underlying philosophy of mind is seriously at fault and that this blinds us to disturbances both in ourselves and in our patients.

The relationship between Psycho-Analysis and Religion requires special attention and the linking area is in the phenomenon of Narcissism which is a focus of concern both for clinicians and those concerned with a religious solution to emotional problems.

Having studied Philosophy and Theology I then took a degree in Psychology and then trained as a Psycho-Analyst at the Institute of Psycho-Analysis in London. I became Director of the Camden Psychotherapy Unit and then moved to the Tavistock where I was on the Senior Staff in the Adult Department and then Head of the Psychology Discipline in the Adult and Adolescent Departments. I worked for eight years at the Tavistock and was in part-time private practice at the same time.

In 1986 I migrated to Australia and in the following year became Chairman of the Sydney Institute for Pscho-Analysis and in 1999 President of the Australian Psychoanalytical Society, a position I held until 2002.